Xiang Bu is a 42-year-old man of average height and heavy build. He has a large belly and a round face. His tattered, travel-worn robes as well as his shaved head and top knot hint at his former life as a monk. He makes up for the lack of hair on his head with a magnificent fu man chu mustache that reaches the top of his expansive stomach.

Xiang is a lover of life. He speaks the language of laughter, and is often heard singing and telling raunchy jokes. He drinks frequently and will flirt with anything in a skirt (or armour that hints at a feminine frame). He can be a divisive figure, with some loving his joie de vivre and others finding it annoying and inappropriate. Trouble seems to follow him, and he often lands himself in hot water through little or no fault of his own. Despite this, he can find plenty of ways to lighten up even the darkest of situations.

Xiang hales from the nation of Andoran. For hundreds of years, his ancestors had lived along the banks of the Sellen River, eking out a living from its bountiful fisheries. His family being no exception, Xiang spent much of his childhood casting nets from his father’s boat.

The Boos were far from rich but happiness abounded in their household. Laughter could often be heard coming from their small hut as Ping, Xiang’s father, regaled his small family with jokes and stories. While Xiang soaked up his father’s joviality like a sponge, his younger brother Ru was quiet and reserved, focused more on his studies than on learning the family trade. Ru was their mother Meilin’s favorite, and she had high hopes that he would rise above their family’s low station and make something of himself in one of the Andoran cities. But everything changed when the demon attacked.

Xiang blamed himself for not protecting his brother. He clung to him desperately as the demon dragged him to another plane. Xiang kicked and punched and screamed, yet all his efforts were futile. Ru cried out for salvation but Xiang could not save him. He was gone, and only Xiang was left.

Xiang’s family was never the same after Ru’s disappearance. Ru’s ghost haunted their memories, and laughter became a rare thing to hear in their home. Ping took to drink and found a refuge of sorts at the local tavern. Meilin meanwhile turned into a shadow of her former self, refusing to eat and languishing in her melancholy. Therefore, it was not surprising when her body was found floating face down in the Sellen River a year later. Having been a proficient swimmer, there was no question that her drowning was not an accident. Shortly thereafter, Ping was killed in a bar fight over a card game. Once again, only Xiang was left.

An orphan with no family, Xiang was taken in by an order of monks who tried to instill in him the value of quiet contemplation and devotion to the gods. Xiang often chafed under the strict confines of the monastery. Despite his troubled past, Xiang was gregarious and fun-loving, causing dismay among his fellow monks when his booming voice regularly interrupted their daily prayers. Even though his comparators did not take him seriously, Xiang was nonetheless well-versed in the finer points of their faith and was no slouch when it came to hand-to-hand combat. Unfortunately, Xiang was even more well-versed in wine and wenches. He was eventually kicked out of the order after 20 years of service when a senior abbott discovered him in bed with the young peasant girl who sometimes took in the order’s laundry.

Forcibly removed from the only life he had ever known, Xiang took to wandering Avistan, joining up with various travelers here and there with no real sense of direction. His most recent travel companions were The Priests of the Four, who were on a long pilgrimage to the city of Kenabres. Xiang often clashed with these solemn priests, and he looked forward to escaping their droll expressions to see what kind of fun he could find at Armasse Day. 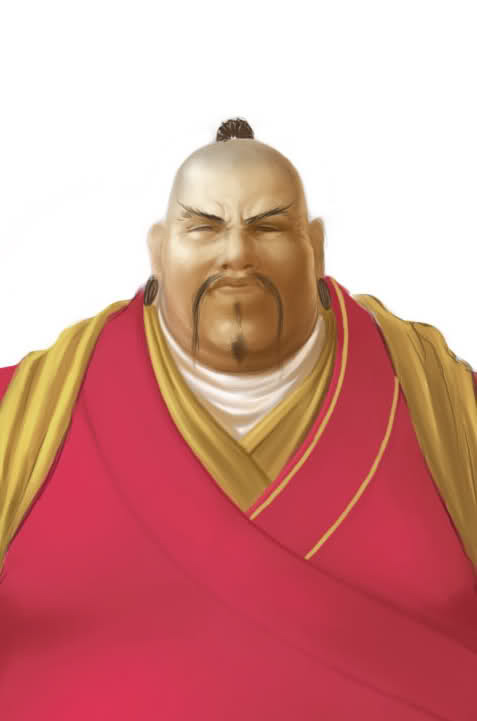