Years of being a sort of runt and disappointment to his family have eroded Rune’s sense of self. In most encounters he appears as a sniveling whelp with bad posture, lacking the assertiveness to present strong opinions or make decisive choices, although he often sides with following the rules and doing what is right. At times that he feels challenged or pushed, he over-compensates with an arrogant false-confidence and can resort to lying, especially about his past and nature of his relationship with his family. It is only in times of dire need or circumstance that Rune is able to find true charisma and the confidence necessary to achieve his goals.

Even in a world of outsiders, Rune was alone. Born into a large family of wild elven rangers and druids tasked with the responsibility of defending the Tanglebriar from the minions of Treerazer, Rune was an accident conceived from a short affair between his elven mother and a human Andoran arms trader. Already at a disadvantage from his mother’s disgrace and for being half-elven, Rune’s relations with his family were further damaged when he proved not to be adept at combat nor to have the aptitude to commune with nature.

Unsure of what to do with Rune, his family elected to simply send him away to a remote magic training academy within Kyonin. There, it was hoped he’d obtain some strength of his own through foreign magics. He turned to summoning in an attempt to match the powers of his druidic brethren, but his magic, culled from other planes, was not in alignment with the nature of the way battles are fought in the Tanglebriar, which rely heavily on natural magics, stealth, and alliances with local centaur and dryad tribes.

Feed up, his surrogate father all but exiled Rune from his homeland, commanding him to seek out “real strength” and Aravashnial, the elven wizard crusader, in Kenabres for guidance and training. Rune set out with a heavy heart and under the false impression that his family had arranged an apprenticeship with the great mage. It was along the road to Kenabres that Rune had a chance encounter with a mysterious Eidolon outsider from an unknown plane. Promising him the strength to fight as a warrior that he’d always hungered for, Rune fused with the outsider.

The true nature of this concord remains to be fully explained or explored. 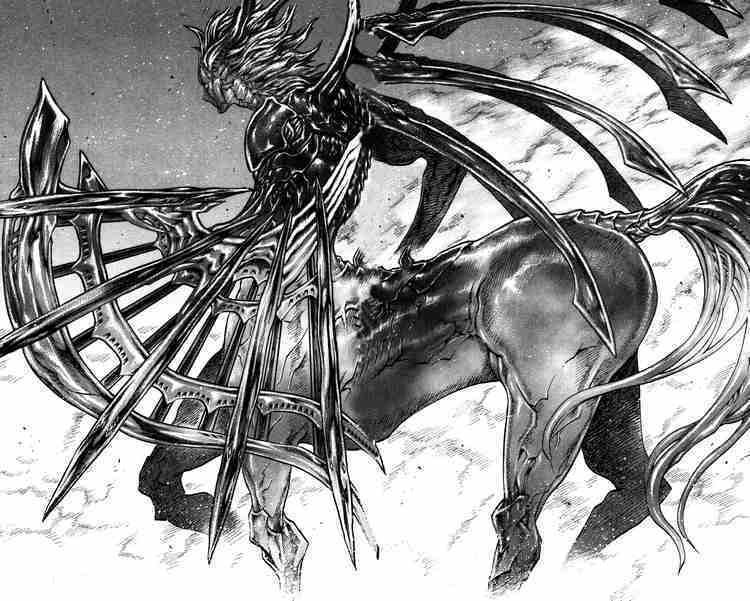