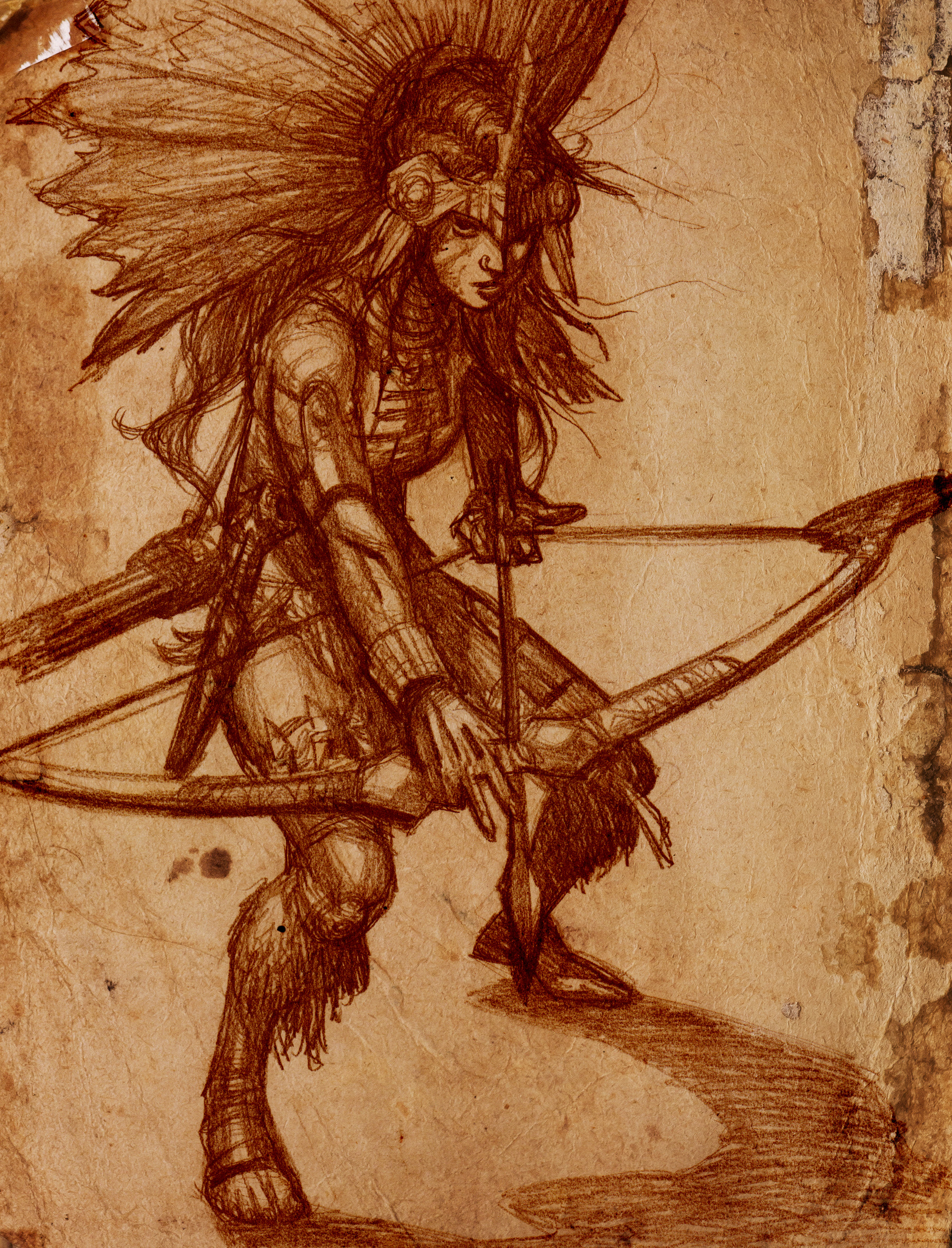 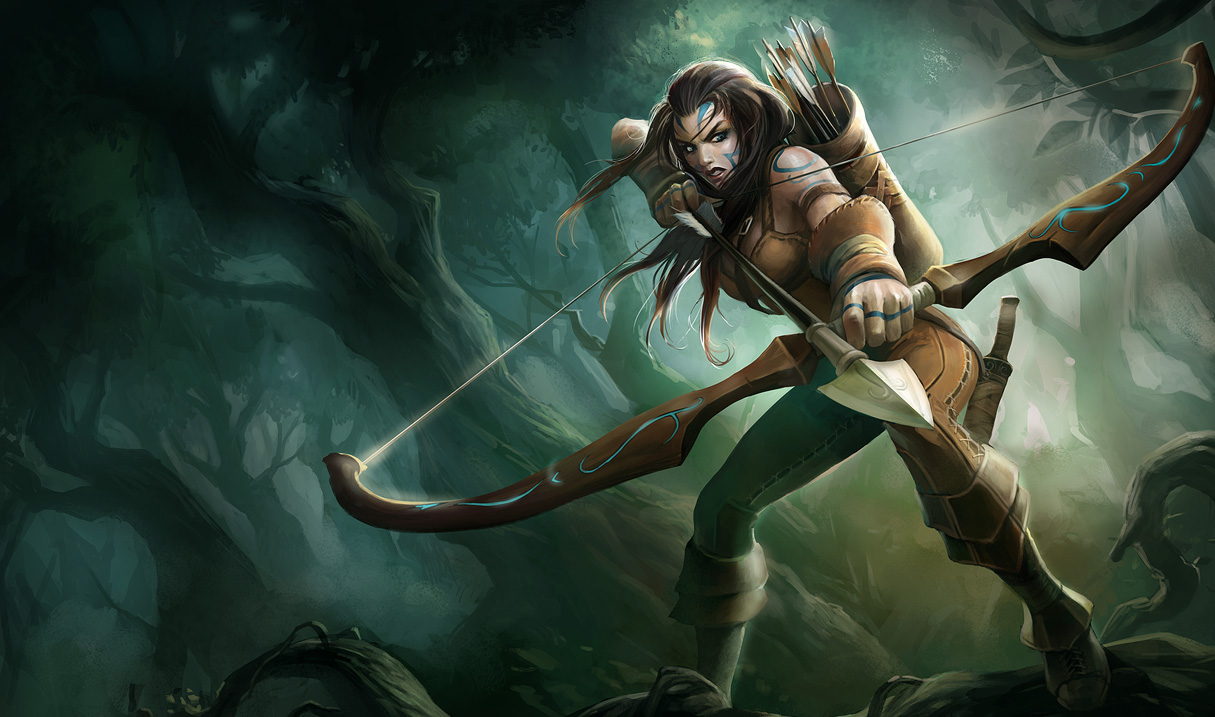 Cuicatl (kwi-kat-l) is born of the proud Olman Race. Her Parents were apart of the tribe of Totemic Demonslayer rangers. They traveled around the WorldWound reinforcing and protecting the WardStones.

This life is driven by purpose, but there are inherent dangers. On one of her tribe’s “War Walks” she was captured int he night by demons. She doesn’t remember more then flashes, but what she does remember haunts her nightmares. She was apart of some sort of unidentified ritual. Whatever the ritual’s purpose may have been, it didn’t work. Rather than corrupting her soul, she absorbed the ritual’s energy and escaped to safety. Ever since, she has felt changed somehow and in some ways stronger.

Cui, as she is lovingly called by her parents, is working hard apprenticing her parents to joining their tribe. This right of passage is culminated with an Oteotlatoque ritual performed by a holy man. Cui has been breaking away from her family’s “Ward Walks” to study all she can in preparation. She knows that if she will join her tribe as a full warrior by the next moon phase she must do everything she can to be prepared. This will be the most important moment of her life and of her Tribe’s recent history, as she would be the final slayer needed in an experimental ritual her tribe wishes to perform to attempt to close the world wound. This secret has been kept from all non-Olmans. As her right of passage nears the tribe grows more restless, Cui grows more anxious, and pressure builds. 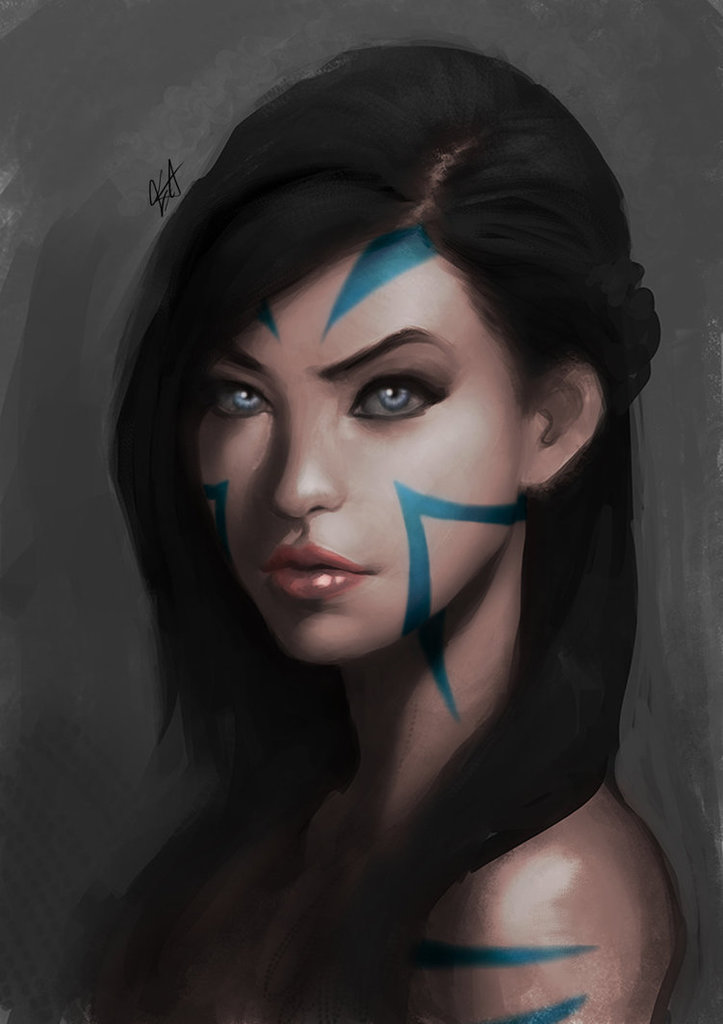